Creative Biosciences is an advanced bio-tech enterprise founded by a team of excellent scientists. Since its registration in January 2015, CreativeBio has been dedicated in research and development of Colosafe®, a sDNA test for early detection of colorectal cancer, as well as in manufacturing, sales, and its related automation equipment. Other early detection kits for various cancers are in development and will be in the market soon. With its headquarter located in Guangzhou High-Tech Industry Development Zone, CreativeBio owns R&D lab，GMP manufacturing facilities, integrated offices, and four testing labs scattered in Guangzhou, Tianjin, Wuhan, Jinan, covering more than 18,000㎡ in total. In March 2020, CreativeBio acquired Helixgen, which has enhanced its R&D team and capacity ever since. The company not only possesses independent intellectual property rights but also boasts its world top-notch R&D capability which will be improved and transformed into productivity in the future. On top of Colosafe®, other noninvasive early detection kits for lung, bladder, cervical, liver cancers, together with POCT products have reached amazing development.

By far, CreativeBio has completed several rounds of venture capital fundraising and won tremendous support from government at all levels. Evidently it has emerged as a notable star in the industry. Guided by the ultimate goal of “Human Health, My Mission”, CreativeBio is striving to make breakthroughs in early diagnosis, early intervention, and prognosis monitoring of chronicle diseases specifically in cancer, to benefit all nations.

Be a Leading Molecular Diagnostic Company Ms. Xiaoqin Deng graduated from Jiangxi Medical College of Nanchang University, majoring in clinical medicine. She has committed to work in the field of medical transformation and innovation for more than 20 years. She once worked for Johnson & Johnson and Stryker promoting early development of minimally invasive surgery in China. In May 2016, she joined Creative Biosciences as the Chief Marketing Officer and has established the initial market network for Colosafe® sales in China. Mr. Liao was born in Taiwan. He obtained his EMBA from Tamkang University of Taipei, Taiwan. From October 1997 to October 2015, he served as the National Sales Director at bioMérieux (Shanghai) Company Limited. He was the General Manager at InTec Products Inc. from November 2015 to August 2018, General Manager at Suzhou Hybiome Biomedical Engineering Co., Ltd (bioMérieux acquires a majority stake in Hybiome) from September 2018 to August 2019, ASPAC Marketing Director at bioMérieux (Shanghai) Company Limited in charge of global marketing and strategic development for Hybiome (CLIA) from September 2019 to January 2020. He joined Creative Biosciences serving as Chief Operating Officer in September of 2020. Mr. Guan graduated from the University of Electronic Science and Technology of China with a major in Information Countermeasures. From August 2006 to January 2011, he worked as a senior manager in IBM, Lenovo. HP, and Guotai 'an. From January 2011 to May 2019, He served as the Vice President in charge of internet and health sector at Beijing Genomics Institute (BGI). From May 2019 to July 2020, he was the general manager at Guozhen Health. Since May of 2018, he has been an expert reviewer for Shenzhen Digital Economy Industry Support Plan 2018 from National High-tech Industry Innovation Center and Shenzhen Development and Reform Commission. He joined Creative Biosciences as Vice President (in charge of public health) in September 2020. Mr. Guan has many years of operation and management experience in the field of public health. During his tenure at BGI, he created a model of gene-based health + Internet O2O and released an Internet Light-Gene product for the first time in China. During his tenure at BGI and Guozhen Health, he actively promoted the "gene+" and "health+" ecosystems and successfully forged a business model of collaboration between various institutions in medical imaging, health management, cell industry, traditional Chinese medicine, pharmaceutical channels, the Internet health, financial insurance, real estate, community health, travel and culture, and education. Mr. Guan has been invited for numerous special interviews by Sina, NetEase, Tencent, and other media outlets. Dr. Xiangshu Wang graduated with a bachelor degree from Fudan University majoring in Genetics and Genetic Engineering. From 1990 to 1993, he studied protein transport across biomembranes under the supervision of Professor Fuyu Yang, an academician of Chinese Academy of Sciences and received his master's degree in biophysics. From 1993 to 1999, he studied the function of retinaldehyde dehydrogenase in retinoic acid pathway with Professor Joseph L Napoli in the Molecular and Cell Biology Program at the State University of New York at Buffalo, USA, where he earned his PhD degree. Dr. Wang continued his research at Mayo Clinic in the United States, where he worked for many years successively as a postdoctoral fellow, research associate and assistant professor. Throughout those years, he was dedicated to basic research of protein function and genetic and molecular mechanisms of tumorigenesis, including roles of deleterious genetic mutations and single nucleotide polymorphisms associated with tumor development, and published over a hundred co-authored papers. His publications were included in prestigious Chinese and English journals, such as Sciencia Sinica, Journal of Biological Chemistry, Cancer Research, Nature Genetics, etc. Since he joined Creative Biosciences in September 2019, he has overseen projects of basic cancer research and protein bioengineering. He is currently leading the research of key raw materials for biotechnology and development of multiple platforms and capabilities for early cancer detection and screening, empowering Creative Biosciences in the field of in vitro diagnostics. 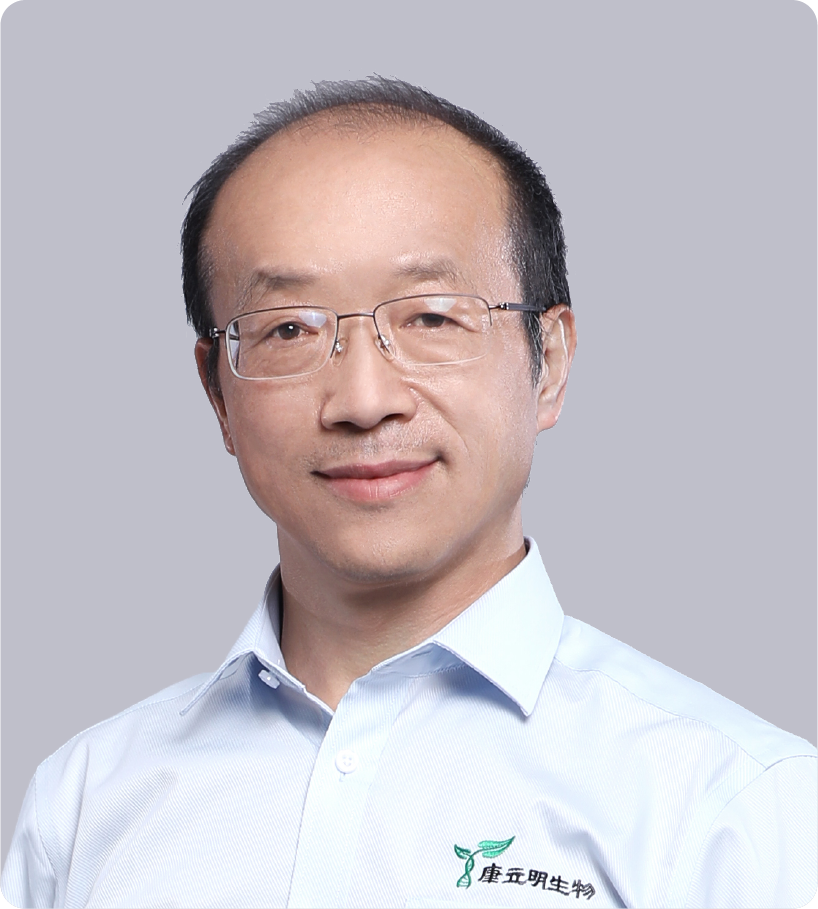 Mr. Tianxian Zhao obtained his PhD degree from Carolinska Medical School in Sweden. He worked as Chief Scientist in Abbot for six years. He has been Vice President responsible for R&D since he joined Helixgen in January 2014. Over the past twenty years, Dr. Zhao has acquired tremendous knowledge and experience in R&D of medical device as well as in project and team management. During the time in Helixgen, he established teams for equipment research and reagent development and built automatic microfluidic molecular detection platform, electrochemical analysis system, and automatic sample preprocessing instrument. He has gained and applied for more than ten patents so far. Ms. Jin Zhao is a medical doctor who once was a visiting scholar at the University of Texas MD Anderson Cancer Center. She was once in charge of cancer sector while working at Beijing Genomics Institute (BGI). Before her working at BGI, Dr. Zhao had 12 years of rigorous experience in the management of medical laboratories in provincial cancer hospitals, specializing in cancer prevention and control and clinical molecular diagnosis. Dr. Zhao presided over and participated in MD Anderson International Collaboration Project, 863 Project of the Ministry of Science and Technology, National Natural Science Foundation, and other scientific research projects respectively. She also won numerous awards such as Third Prize of Provincial Science and Technology Progress and Second Prize of Provincial Medical Science and Technology. She has published more than 20 papers in domestic and foreign journals. 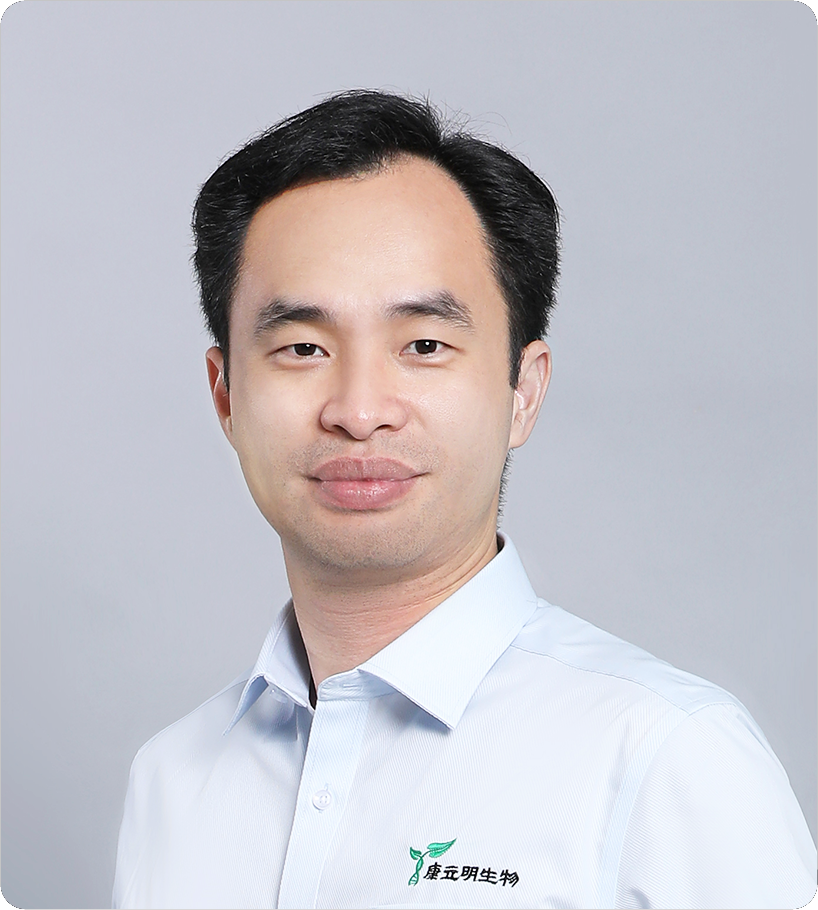 Vice President, in charge of Sales

Mr. Junlin Chi graduated from the clinical medicine department at Guangzhou University of Traditional Chinese Medicine. In 2001, he joined Merck, engaging in sales promotion, new product launch and other management responsibilities. In 2008, he was the south regional sales manager for China Traditional Chinese Medicine Company (Hong Kong stock listed). In 2013, he served as the regional director for Shutaishen (A-share listed) company. In 2017, he joined Creative Biosciences and became the vice president in charge of sales. Mr. Chi also serves as a member of the Standing Committee of Intestinal Health Branch of Guangdong Health Association. After years of practice in sales frontline, Mr. Chi has acquired tremendous comprehensive expertise and capacity in team building and management, market strategy, academic promotion, with which he will accomplish the company's strategic sales goals through efficient execution.